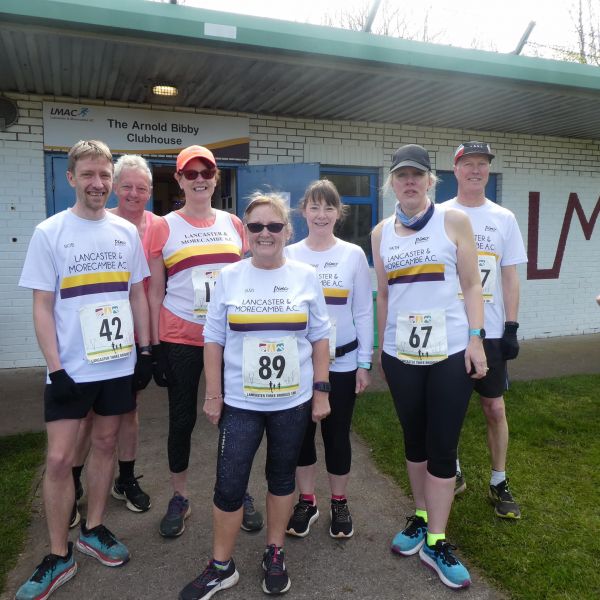 Successful return of the 3 Bridges 10k

Sunday April 10th saw the return of the spring 3 Bridges 10k race organised by Lancaster & Morecambe Athletics Club.  Blessed with sunshine and perfect running conditions, nearly 190 runners from across the north-west enjoyed the route along the River Lune cycle track as far as the aqueduct and back to the clubhouse at Salt Ayre Leisure Centre.  This is an almost traffic free route which runners appreciate taking in the Millennium Bridge, Aqueduct and Skerton Bridge en route.

There were some fast times too with the top three having a good battle at the finish.  Winner was 35:18 Finlay Douglas of Garscube Harriers in 35 mins 18 seconds followed by David Taylor of Wesham Road Runners in 35:35 and Vet 40 Maciej Trzeciak 35:49 in 3rd.

The top three women also had close battle at the finish with winner Paula Pilling, Vet 45, of Ramsbottom Running Club in 42 minutes 1 second, followed by Emma Nielsen of Eden Runners, also V45, in 42:52 and Kira Cheshire of Blackpool Wyre & Fylde AC in 3rd in 43:12.

“ We were very pleased to be able to hold this popular race in its usual spring time slot, after cancellation and re-arranged dates in 2020 and 2021.  We could see how much local runners appreciate the race by the number of entries and the weather couldn’t have been better.

Thank you to all the volunteers and helpers from the Club whose support is much appreciated by the organisers and the runners. Thanks also to our race sponsor, The Runner’s Centre in King Street, the local shop for runners in Lancaster.”