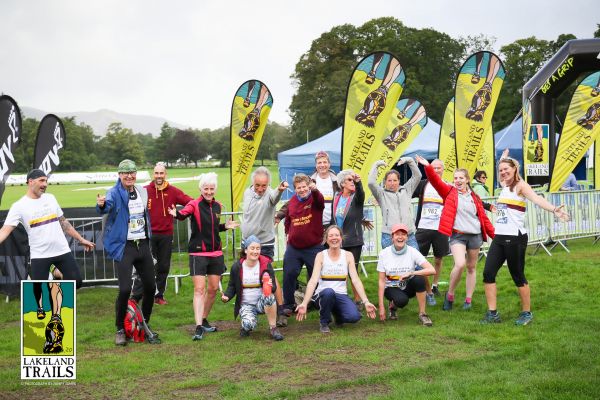 After five months of cancelled races, Lancaster & Morecambe AC’s runners were excited to return to racing action two weeks ago

.Almost 20 of the club’s runners took part in the Derwentwater Trail Run event in Keswick and team spirits were high after such a long break from racing together. The race was held under new rules to make the event covid-safe, with runners setting off in waves rather than as one large group.

Leading the way for Lancaster in the Trail Run 10km was Mark Holgate, with a superb run of 38m.35 to earn fourth place overall out of 251 runners. Next was Andrew Firkins, claiming 25th spot with a great run of 47m.20, followed by Chris McGuire running a good time of 50m.28 to finish well up the field in 41st overall and first veteran 50.  Next female for the club was Holly Satterly, with an excellent run of 53m.03 placing her in 59th place.

In the Sport Trail 5km race, Lancaster’s James Brassington blasted round the course to win by 90 seconds, with a fantastic run of 20m.37.

All in all the club had a great day out.