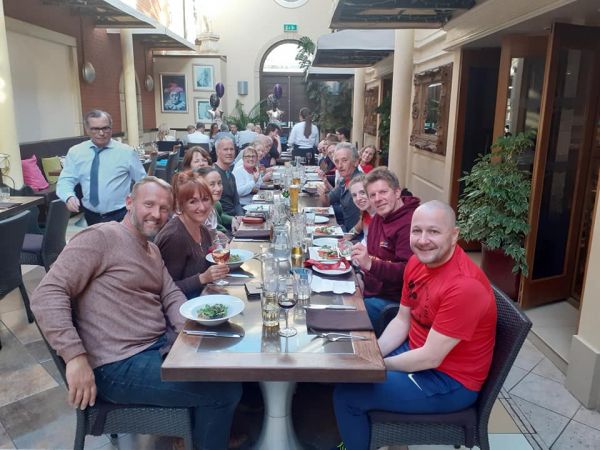 So the seniors road running championship 2019 came to an end and we had 22 club runners turning out – one of best attended races of year (along with 22 at Garstang earlier in year).

The club also brought a few supporters as well which added to the atmosphere and the crowds that lined the finish for last 500 m or so making it a great day out.

Many of us then got together at Tiggis restaurant for some well earned refreshments and race de-briefing!

Thanks to the drivers who stepped in last minute after the minibus was blocked it at hire –company (who have given their apologies by the way!).

Final Championship standing will be out soon along with 2020 races.