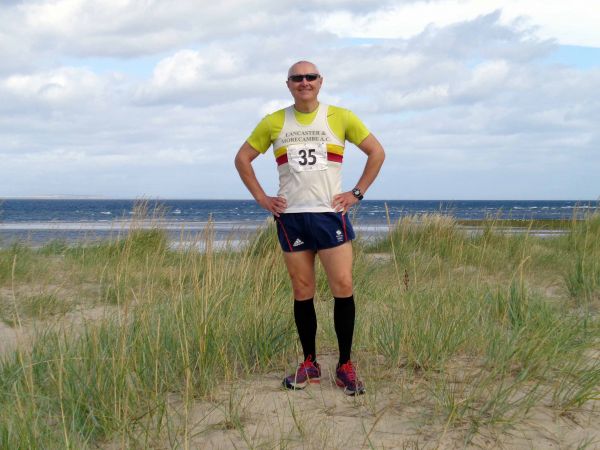 Saturday the 18th August proved to be a warm sunny day as 198 runners lined up in the Games Arena along with pipe bands, caber tossing and traditional dance competitions.
After leaving the arena the course ran along the promenade and marina then settled into a long straight undulating course along quiet country roads. Over the first 6 miles times were fast with a strong following wind. The runners luck changed from mile 7 as the course turned and they were battered by a gale force westerly wind down the Moray Firth which badly affected running times. The course followed the same route back to the games arena that was now packed with crowds shouting encouragement. Despite the strong winds over the second part of the race, David was happy with a finishing time of 1 hour 52 minutes 56 seconds setting himself up for a visit to the Glen Ord Whisky Distillery.