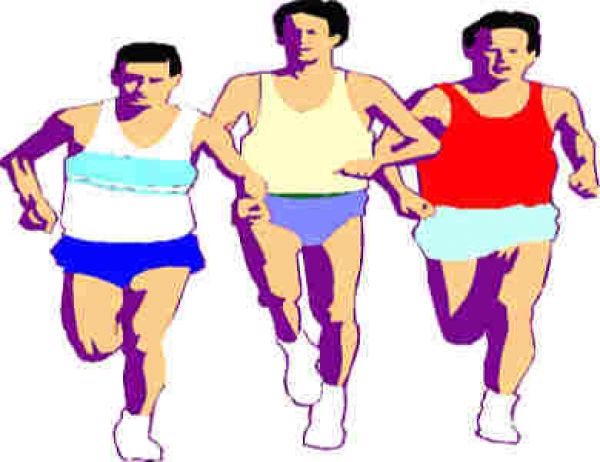 Lancaster & Morecambe AC's road runners have got 2018 off to a successful start, with great performances from many runners at local events.

Jayne Perry had a cracking run at the Central Lancashire New Year Half Marathon in Preston, running strongly to finish in an excellent time of 1h.35.52. This placed Jayne well up the field, taking third women's place and in 53rd overall out of over 450 runners.

The Lancaster Race Series 3-1-5 Health Club 5k & 10k Winter Series continued last weekend. Representing the local club in the 5km was Michael Roy, finishing 14th in a good time of 22m.03. There was also one club runner in the 10km, Shane Cody ran well to finish in fifth place overall and first veteran 40 in a time of 40m.45.

Lancaster & Morecambe AC was out in force at the popular Garstang 10k last weekend, which was the first event in the club's road championship series.

Leading the way for the club was David Walker, recording a fantastic new personal best time of 42m.30 and finishing well up the field in 64th position out of almost 450 runners. Allan Sumner was next, running strongly to finish 71st in 42m.45, followed by Angus Murray running well in 44m.18 in 100th place.

Louise Goddard was first woman for the club, with a good effort of 45m.36 placing her 111th overall. Louise was backed up by team-mates Zoe Hooton with a great run of 48m.36 and Chris McGuire with a fine run of 49m.02.