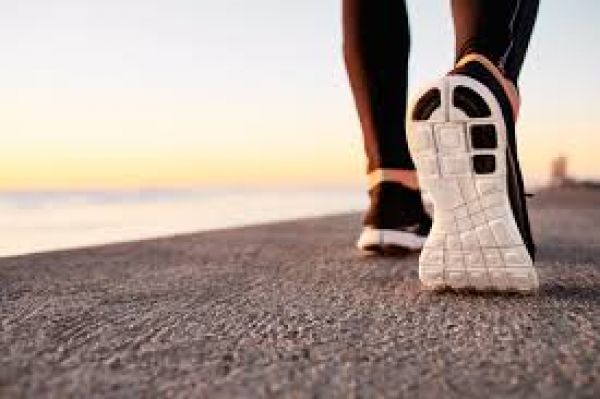 There were a good number of Lancaster & Morecambe AC runners taking part in the the Wigan 10k, which attracted a big field of 3000 finishers. The race was the first in the club's road race championships and four of the runners took advantage of the fast course to achieve personal best times.

Ben Ransome continues to make great improvements, slicing a massive five minutes off his PB to record an excellent time of 42m.58 and finished in 200th position. Ben was well backed up by team mates Russell Wareing with a fine run of 44m.37 in 287th, followed by Michael Roy in a good effort of 45m.12 finishing 311th and Patrick Corbett earned a PB time running strongly in 46m.24 to finish 351st.
Emily Stapleton was first female for the club running well in 48m.28 to finish fourth veteran 45. In next was Melissa Green with a super PB time of 49m.48, Carole Wilkinson ran a strong 51m.09 and Katherine Lewis posting a fantastic PB of 53m.20.
Other finishers: Angus Murray 46m.47, Charlie Satterly 54m.33, Paul James 54m.33 and Linda Stapleton 1h.05.03 finishing second veteran 70+.
At the Garstang half marathon first back for the club was Heather Beattie with a good run of 1h.44.42, finishing seventh female and 74th overall of over 170 runners. Next was Steve Perry running well in 1h.52.02 for 90th place and Christina McGuire ran 2h.03.26.
There was one Lancaster runner willing to tackle the long distance of the Golden Ball 20 mile road race in Lancaster; Mark Leadbeatter ran a strong race to finish in an excellent time of 2h.05.03, finishing well up the field of over 150 runners in sixth place.

This year's Great North Run was the 37th running of the world's biggest half marathon, which starts in Newcastle and finishes in South Shields. This year over 43,000 people took part in the 13.1 mile race and first back for Lancaster & Morecambe AC was Andrew Horn, with a superb effort of 1h.22.37 placing him in 249th position. Next was Michael Roy running well in 1h.51.36, followed by Liz Smith in 2h.05.12 and Emma Carter in 2h.16.33.

The club's junior road runners were also out in action and enjoyed a very successful day at the 18th North West Counties Road Relays (incorporating the Lancashire Championships). The event was held at Stanley Park in Blackpool and despite raining most of the day it stayed sunny for the Lancaster team's races.
The Under 11 girls kicked the day off finishing sixth Lancashire team. Layla Westwell was on first leg running the 1.6km in 7m.33, handing over to Abby Johnston running 7m.36 and Ruby Armstrong finished the team off in 8m.20.
The Under 11 boys won Lancashire team bronze, with Leon Wilson blasting the 1.6km in 6m.12, which was the fourth fastest leg in Lancashire. Leon was followed by Ronan Maher in 6m.48 and Zach Earnshaw brought the team home in medal position running 6m.30.
The Under 13 girls were fourth Lancashire team, missing out on a medal by just seven seconds. Maddie Hutton starting the team off with a cracking 12m.54 for the 3.2km, third fastest leg in Lancashire. Maddie handed over to Mia Brayshaw running 13m.53 and next Kirsty Maher in 13m.23.
The Under 13 boys won Lancashire team silver, with Tobias Swarbrick getting the team off to a great start flying round the 3.2km in 11m.21, the fastest leg in Lancashire by 20 seconds. Next off was Fabian Schiller running 12m.52 and Jack Collett finished with the team in silver position in 12m.36.
Not to be outdone, the Under 15 girls also raced to Lancashire team silver. They were led off by Kirsty Hamilton running the 3.2km 12m.46, followed by Larrisa Hannam in 12m.40 and Pheobe Hayashi brought the team home well in 12m.27, the third fastest leg in Lancashire.
At the Pilling 10k Louise Goddard ran well to finish 42nd in 46m.53, followed by George Parrington with a good run of 51m.45 placing him 59th.
Lancaster Race Series and the 3-1-5 Health Club held a 5km race to celebrate National Fitness Day on 27th September, with the proceeds going to CancerCare North Lancashire and South Lakeland. Claiming third spot with an excellent effort of 18m.40 was James Edwards. Laura Gardner won the women's race with a fantastic time of 20m.47 and this placed her ninth overall. Two places behind Laura was Louise Goddard with a fine run of 22m.06 and in 16th was Ade Goddard running 22m.46.
Three days later runners were back at the 3-1-5 Health Club for the regular Lancaster Race Series Summer 5km. First for the local club was James Dalgliesh with a cracking run of 18m.09 to finish in 11th position. In next was Patrick Corbett running strongly to record a great new personal best time of 21m.40 and finishing in 37th position. Christine Perry had a super run of 29m.35 to finish first veteran 60, followed by Linda Stapleton in 32m.16 first veteran 70 and Richard Stapleton in 45m.13 first male veteran 70.
At the Cardiff Half Marathon last weekend David Brown set off steadily and still ran a very impressive time of 1h.15.36 to finish in 60th position, high up the field of almost 20,000 runners.
The British Masters One Mile Road Race Championships were also held in Cardiff at the weekend. Mark Gardner ran a fantastic race to claim bronze in the men's Masters 35 category, finishing in a speedy 4m.45 and Isaac Scott who won his race in 4m.46.

More in this category: « Senior - round up. July - Aug. LINDA WALKER - MY STORY AND GREEN DRIVE DRIVE 5 »
Login to post comments
back to top