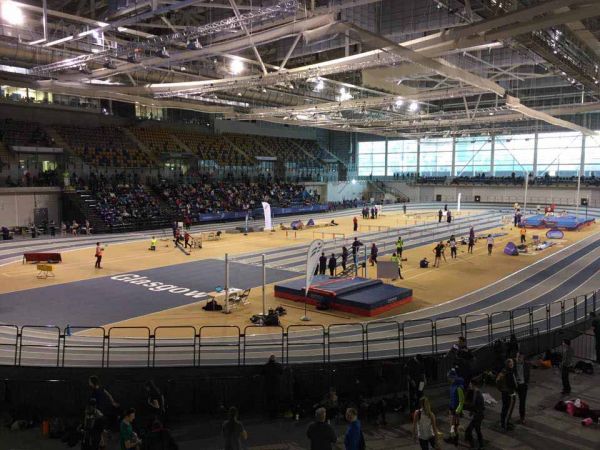 Having been brought down to the club at 9 years old in 1988 I’ve been very lucky to see the club move from the old cinder track at the College to Salt Ayre.

I’ve also been able to see many amazing runners pass through the club and in some cases train with them. Whilst naming them all would take a while you stand back and look at the amazing achievements of the likes of Croasdale, Voyle, Stretch, Clark, Brown, Lowery and in many respects Gardner……

You look back and then look now and it is still great to see people like Colin Gemson, Mick Leck, Jim Stewart, The Perry Family & Reg Baker still making excellent contributions to the club.

As a member of a few years I have a PB in every event barring the Marathon (that is still a long way off happening as well) and in LMAC colours I have the honour of having 18 County Medals (both team & individual – XC & Track) and a National Indoor 1500m medal from Scotland.

However, over the last couple of years I’ve been blighted with a fractured ankle and several torn ligaments and a broken foot so the return to Indoor action this winter has been enjoyable but extremely tough due to competitive inactivity. This has all culminated with me turning 35 and being able to run in the Masters competitions.

Last weekend was the Scottish Masters Championships at the impressive Emirates Arena which was built in part for the Commonwealth Games. Being my first championship I wanted to be competitive but knew full well I am missing a full summer season of speed work & racing. I was ranked 8th from 12 so I was hoping for a decent run out in preparation for the British Champs in London.

The race itself saw two guys running just off my personal best pace to lead but due to inactivity, it would be optimistic to be chasing them down so settled into a pack with everyone knowing there would be a race for Bronze. At 2 laps to go, I placed myself just behind 3rd and waited. In hindsight I should of waited a little longer before making the push and I was caught on the line by the 800m champion who turned out to be using my tactic!

Finishing 4th at the time was pretty gutting but knowing I am out on the track is somewhat of a relief with everything that has tried to stop me. I was less than 10 seconds off my outdoor PB and I hope that will come down in London and give me a chance to race it down during the Summer.

A special mention has to go to long time club member who I spotted in the arena. Averil McCelland continues to win national, euro and world medals at a Masters level and never craves the attention. She won three gold  medals in the 60m, 200m and LJ. If I can get within 10% of the medals she has won then I will be very happy.

If you have taken the time to read this then thank you, a huge thank you goes to the club that has been a part of the Gardners life since 1988. With my little boy aged 3 and running everywhere I am hoping his first County medal is not far away.