You are here: Home » Seniors » Senior Race Reports » Senior Road Runners - Round up

Senior Road Runners - Round up 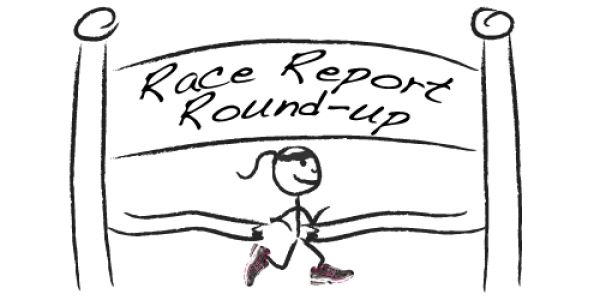 Road runners from Lancaster & Morecambe AC enjoyed some excellent performances in local events throughout December to round off a great year.

At the popular Guys 10 mile event near Preston, first back for Lancaster was Mark Leadbetter with a superb effort rewarding him with a personal best of 58m.10 and finishing well up the field in ninth place out of over 330 finishers. Not to be outdone was club mate Carolyn Baxter, also posting a fantastic personal best time of 1h.05.40, claiming second women's place and 44th overall. Carolyn was well backed up by Jayne Perry, running strongly in 1h.11.03 and finishing first veteran 35 and Louise Goddard with a great run of 1h.15.30. Other finishers: Emily Stapleton 1h.25.01, Dawn McCracken 1h.31.29 and Lisa Preston 1h.33.29.

The second of the Lancaster 3-1-5 Health Club 5k and 10k series saw success by local athletes in both events. Lancaster's Thomas Bowe took victory by almost one minute in the 5k running a super personal best time of 16m.33. The women's race was a much closer affair with only seven seconds separating the first three women and under 17 Scarlet Dale acquitted herself very well against a good field, finishing third in a terrific time of 18m.05. Scarlet was followed by team mates Laura Gardner with a fine run of 21m.14 and Karen Davies running 33m.42. In the 10km Kieran Rowlands ran a solid effort of 35m.00 to earn second place, followed by Mark Gardner running well for sixth position in 36m.43.

There was a good number of club runners burning off their Christmas pudding at the Boxing Day Worden Park 10k in Leyland. First home was Russell Wareing with a strong effort of 47m.43 to finish 125th and he was just one position ahead of team-mate Patrick Corbett, putting in a good run 47m.45. In next was Emily Stapleton with a fine run of 48m.54 placing her 147th out of over 370 runners. Other finishers: Louise Wareing 49m.11, Eden Parkinson 52m.26, Linda Stapleton 1h.04.23 and Evelyn Elkington was also in action once again taking first veteran 80 position in 1h.11.25.

The Ribble Valley 10k in Clitheroe attracts top runners from across the North, this year was no exception and Lancaster & Morecambe athletes performed well against a high quality field. William Onek blazed round in 32m.18 to finish a highly creditable 29th place. William was well backed up by team-mate Raymond Edgar, storming home in 32m.57 to finish 47th followed by Mark Leadbetter in 80th running a good time of 34m.30. Mary Hodgson had a cracking run to finish second junior female in a great time of 38m.13, with her brother Paul finishing just one place behind in 38m.14. Sarah Hodgson went well under the 40 minute barrier with a good run of 39m.16 placing her 14th female.