My Marathon Story 2016 - by Katherine Cousins 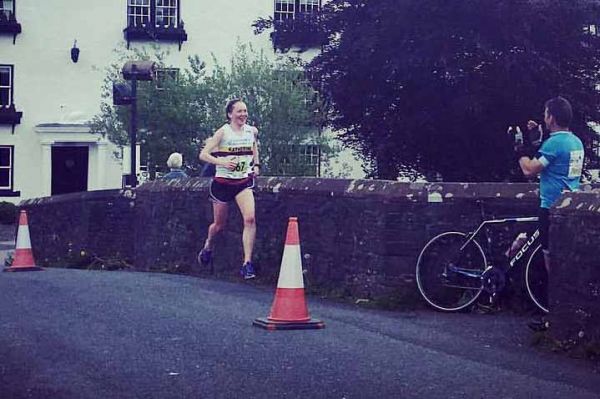 If someone said to me five years ago would you run a marathon I would have said no. I love running and love the improvements I have made.

I ran the London 2016 Marathon as a championship athlete. My first thoughts can't believe I qualified to obtain this place from my previous race results and proud to have even made this section. I arrived in London the day before the race feeling nervous. I collected my marathon pack. It included all sorts of different instructions and two numbers! Never had that before and a different assembly point. I always feel nervous before races, I barely sleep and just get ready for the day to arrive. I arrived at the starting area, it was busy and there was lots of people traffic but this all adds to the fun of the day. It was overwhelming to know that so many friends and fellow runners were watching from home. It was even better to know that there were also lots of others running the race. The race starts the fastest start at London I ever had but yet still busy. Straight into it cheering, shouting and a fantastic atmosphere. This echoed around the course, amazing cheering support and just makes it feel easy. I was running for a sub 3 hour marathon and thought I could do it. I was feeling great and when I passed my friends at mile 17 and then family ar mile 23 they all said I looked fantastic. I finished at 3:04:10, I was extremely happy with this time and what I achieved. I had suffered with injuries and laringitis a month before the race which had impacted on training. I returned home to Lancaster feeling brilliant and proud of what I achieved. Needless to say treated myself to a G&T and a juicy steak.

If I wasn't content with London I decided that my next challenge was to defend my title of first lady at Windermere Marathon 2016. I love this course, I love hills and I love the Lake District. I drove up the morning of the Marathon and was greeted by runners and Marshalls who identified me as the lady winner from the previous year. This felt overwhelming and inspired me with confidence to get out there and run a fantastic race. The weather was hot the sun was out and it felt a lot warmer than the previous year. I looked around at the running field and noticed some competitive females that I have raced with previously. I kept focused and more importantly remembered that I wanted to enjoy it. The gun goes and we are off, I was surrounded with a number of female runners compared to the previous year. I had to dig in deep straight away, as the race progressed I came to realise that I was second female. The first lady was in sight and I planned to look to up my chase after Newby Bridge once I had my boost from my family supporting me.

The heat and sun was beating down and out gate and fellfoot were tough to climb. Moving on towards Storrs the heat really started to bother me. The chase for first lady felt harder but I decided to keep strong and concentrate on a strong finish. I arrived at mile 23 after running through Bowness and the supportive crowds including a number of my colleagues. My friend shouted she isn't far in front you could still do it. My focus came back to the first prize. However the third lady was on my tail, she ran a fantastic negative split and at Ambleside we were neck and neck. This was make and break and the hardest point of racing I have ever endured. I eyed a fellow LMAC runner and sprinted up the hill to the finish and kept sprinting the secure second lady at 3:09. I was exhausted from the final push and the heat. The most competitive race this year with 1:00 minute between the first three ladies.

I didn't secure first but wasn't disappointed just more determined to obtain first in another race or go back next year and try again. I ran my first marathon in London 2012 in 4:11, who would have thought that in 2016 I have a PB of 3:01 and have secured two first ladies at Langdale and Windermere. It's all achievable for everyone and I'm so proud of what I've achieved and the friends I've made along the way.

More in this category: « JACK BLOOR RACE REPORT Borrowdale 21K - by Emily Stapleton »
Login to post comments
back to top