You are here: Home » Juniors » Junior Race Reports » End of season successes for our junior athletes

End of season successes for our junior athletes 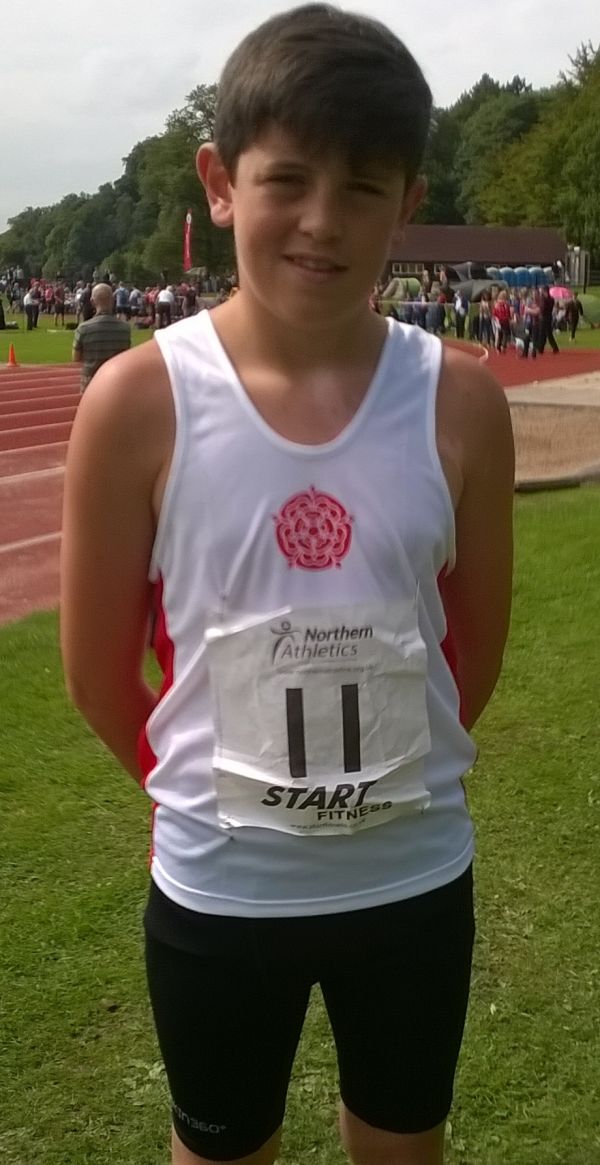 LMAC athletes have had some great end of T&F season successes in the last few weeks. Rain or shine never stop our bright young talent.

On Saturday 22nd August Sam Mercer was selected to represent Lancashire in the Northern Athletics Inter Counties Championships at Blackburn.  Under 15 boy Sam competed in the long jump recording a distance of 4.52m finishing 14th. This was Sam’s first county vest and the experience should stand him in good stead for next season when he will remain in the same age group.

On the same day the British Mountain Running Championships took place at Betws Y Coed. In the Under 20 women’s race 15 year old Scarlet Dale finished and impressive 3rd and was well backed up by Heidi Murray who finished 16th . Following the race British Athletics announced the team to represent Great Britain and Northern Ireland at the upcoming home World Mountain Running Championship in Betws-y-Coed, Wales on September 19.

The 17-strong team contains a trio of athletes from the junior women’s event including trial winner Heidi Davies, former European champion Georgia Malir and Scarlet (Colin Gemson) who is added to the fold for the first time.

Heidi also had good news when England Athletics announced her inclusion in the England team to compete in a Home Countries International at the same venue.

On Saturday 29th August the club Juniors were back in action at the Mid Lancs Medal Meet, Blackpool in the final Mid Lancs Track &Field meet of the season. A New Grade 4 Performance was achieved by Thomas Pyle in the 400m with a time of 58.8s.

There were also Personal Bests for Elizabeth Watson in the 300m with a time of 49.4s; Isaac Consadine in the 100m recording 13.4s and Tom Pyle in the High Jump reaching 1.55m. Tom also competed in the discus for the first time recording 15.98m. Will Pyle set a new 200m mark with 31.6s and Molly Newton – O’Brien’s PB in the Long Jump of 4.99m earned her the gold medal.

Other Medal winners were Kirsty Hamilton who won the silver in the 1500m; Erin Moffatt who achieved gold in Long Jump and silver in the High Jump; James Stanley who ran an excellent race for gold in the 800m and Molly Newton O’Brien with Silver in the Javelin and Gold in the 200m.

On Saturday 5th September three juniors travelled to Litherland for an open meet. Erin Moffatt, competing in the U13 Girls’ long jump posted a distance of 4.67m setting a new club record; the old record having stood for sixteen years. Also having a successful day was Macy Hinnigan who recorded best times in all three of her U13 Girls’ events; 11.57m in the javelin, 3.20m in the long jump and 5.26m in the shot putt. There was also a silver medal for U17 Man Liam Hinnigan in the high jump.

The athletes are next in action on Sunday 13th September when they will be competing in the Blackpool Open Meet. They are also looking forward to the clubs’ Anniversary Events Celebrating 50 years – 1965 – 2015 of the club’s formation on Saturday 26th September.