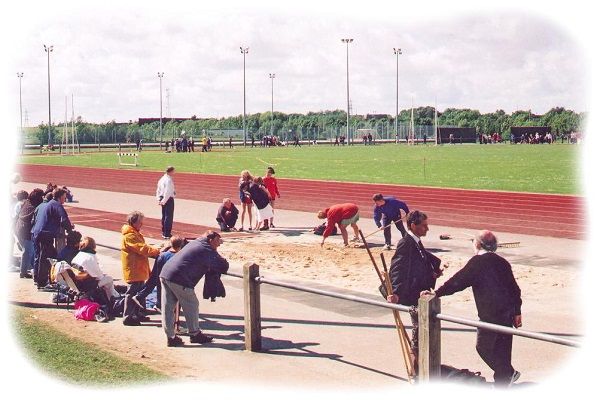 On Saturday (30th May) LMACs Junior athletes travelled to Stretford for the second round of the National Youth Development League. With the club being in Division 1 of the league this was always going to be a tough fixture but the high level of competition brought out the best in the youngsters.

During the afternoon four club records were broken –probably a record in itself. In the U15 boys 300m James Stanley reduced his own time to 42.0 a Grade 4 performance. James also continued to improve his 800m times recording 2:14.6 on this occasion. The all-conquering 4x300m team of Tom Pyle, James Stanley, Daniel Palin and Noah Tulley set a new record time of 2:55.6. U15 girl Katherine Tisdall increased her javelin record mark with a throw of 22.58m and also recorded PBs of 16.95 in the hammer and 6.46m in the shot. U13 girl Temi Mustapha set a new record in the shot of 7.93m, a grade 2 performance. Temi is coached by the previous record holder, Zoe Lynch, so this was a particularly special achievement. Temi also improved her 150m time to 23.4s.

In the U13 boys category Eddie Gill again improved his 200m time recording 31.3s. Jack Tipler and Jack Garwood both improved their javelin distances to 16.94m and 20.06m respectively.