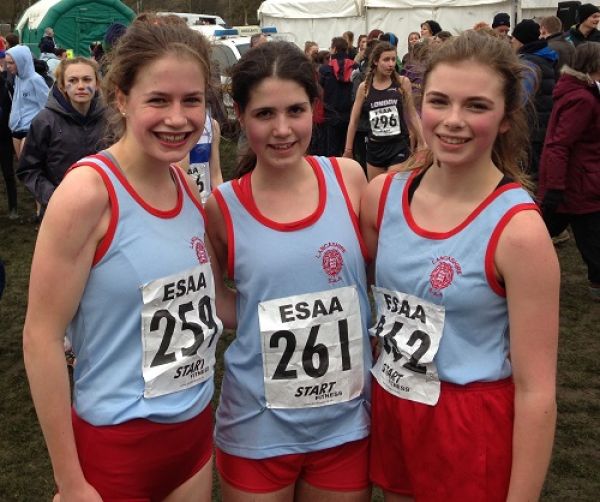 Two members of Lancaster and Morecambe AC were selected to represent the Lancashire Schools’ Cross country team and four the Cumbrian Schools’ team for the English Schools Cross Country on Saturday at Witton Park, Blackburn.

The dry weather held out but the muddy course led to some hard racing.

Lancaster Girls’ Grammar School provided three of the seven Lancashire Senior Girls. First home was Mary Hodgson in 21st place. She was joined by Natalie Beadle in 169th and Helen Ockenden in 184th

On Sunday, Lancaster & Morecambe AC athlete Isabelle Woodman was in action at the National Prep Schools’ Cross Country Championships where she finished 6th in the U13 Girls’ race representing Rossall School.

This fixture marked the end of the cross country season for these athletes. The athletes now move onto track meets and summer fell races. The club enters a team in the National Youth Development League which provides racing opportunities for athletes aged 10 - 19. Whilst the club is keen to identify all keen athletes in the area we are short of athletes in Years 10 and above for the track season.