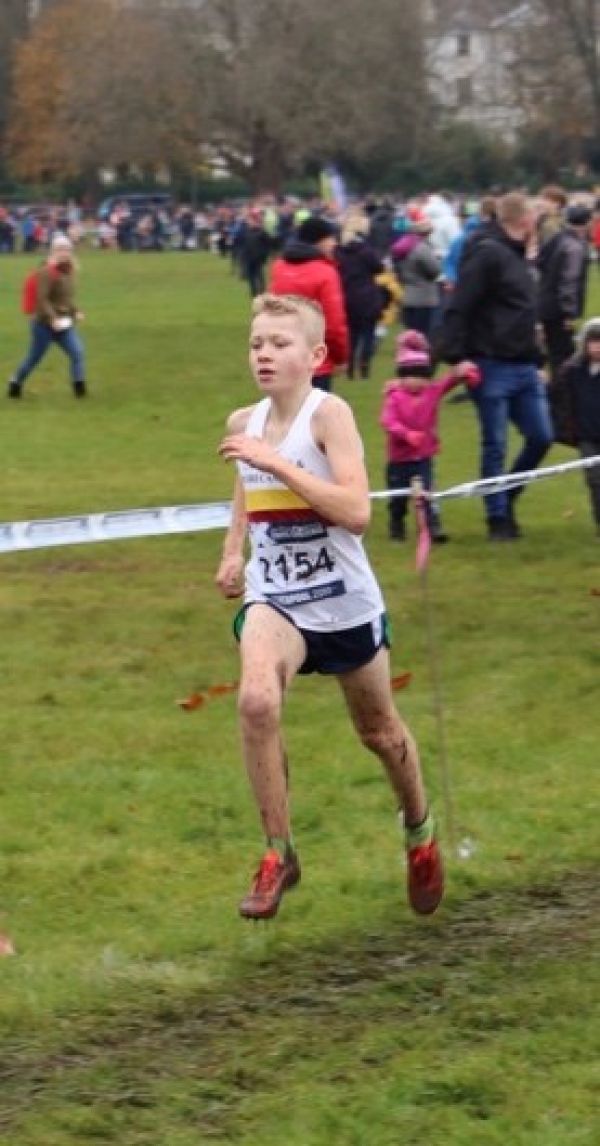 Lancaster & Morecambe AC juniors headed off to Liverpool this weekend to compete in the Cross Challenge cross country, a national fixture and also the European cross country trials.

This fixture is one of the biggest fixtures in our calendar, but our athletes approached it with the determination and strength we have come to expect from them.

Matthew Knowles having recently come back from the World Mountain running Championships in Patagonia, where he placed a fantastic 5th place, helping the GB junior team to the gold medal, carried on that display of excellence by running a strong, well-paced race to finish 5th in the U17 men’s race, against some tough competition.

Anna Nicholson once again showed her determination this season and raced her way through to 9th place in the U11 girls’ race, giving us two top ten finishes in this national event.

The display of confident and strong running did not stop there, our junior athletes continued to impress us throughout the day. Ben Brassington was our only U11 boy finishing in 19th, however, in the U13 girls race we had a strong team of five girls, who all battled their way through what was now becoming a very muddy course, Esther Ward lead them home in 35th with Erin Gillan finishing strong in 92nd, Evie Robinson and Annie Dickinson battled it out for 105th and 106th, with Maddison Parrington coming home in 134th.

Our U13 boys’ team like many of our teams was struck by illness leaving a sole runner of James Brassington, this however didn’t stop him from a confident run finishing 17th. Fabian Schiller led our U15 boys’ home with a well paced race working his way through the field to finish 76th, Jack Collett followed him home in 110th, with James Twigg and Fred Calvert close behind in 125th and 137th, a great performance by all team members.

Kirsty Maher led our U15 girls home working her way through the boggy course to finish 96th, she was closely followed by Niamh Barnsley-Ryan, who is continuing to improve with every performance, Pippa Darlington finished the team off in 125th.

All that remained were the U17 and U20 athletes, all of whom were now facing the most challenging conditions, as the ground was just a sea of mud, following Matthew Knowles home in the boys race was Rhys Ashton who despite still recovering from illness finished a creditable 29th, Lukas Eichmeyer finished in 99th with Will Pyle not far behind him. Ethan Furlong was our only U20 runner, running his first ever cross country finishing in 128th.

Phoebe Hayashi led our U17 girls’ home in a fantastic 13th place, pacing her run perfectly, Alice Sands was next home in 83rd, Larissa Hannam fell in the mud on the 2nd lap hurting her ankle meaning an early end to her day.

Our junior athletes once again equipped themselves with positive strong attitudes and every athlete gave 100 percent effort on a tough muddy and challenging course.