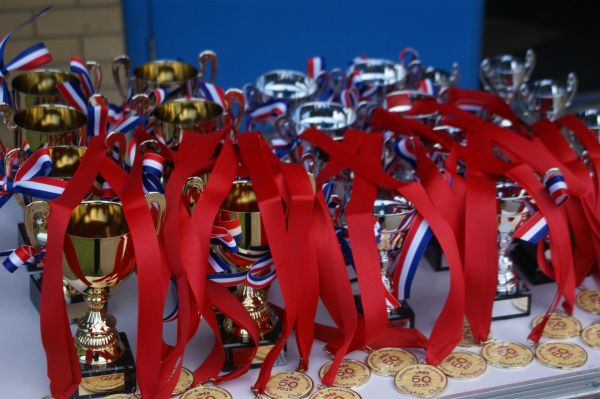 Well done to all the athletes and their parents who were involved in this event both competing and officiating. The full results are attached.

The U17 Women’s event was won by experienced heptathlete, Molly Newton O’Brien. Abigail Routledge took the silver position with a new best distance of 3.65m in the Long Jump.

To celebrate the 50 years we also held a 50 lap event round the athletic track. Club members signed up to run on lap at a time (some ran with a friend) and a gold batton was carried. We started with one of our younger members and to finish all club members who were present returned to the track for the 50th lap with one of our founder members Arnold Bibby. A video of this can be seen on our facebook page.

Finally the seniors members took part in our club championship race The Lancaster Races Series 5K. 1st male for club was William Onek in 15.55 while 1st lady was Jayne Perry who came home in 19.05. A full list of results can be found here 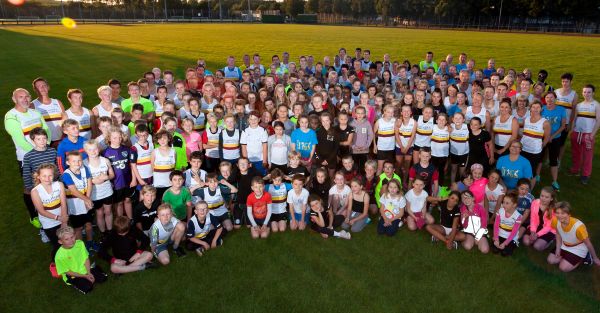 The club photos taken by Gary Hill are now available. 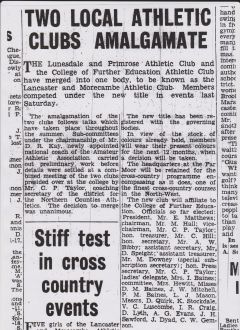 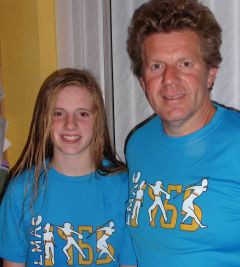 The 50th anniversary commerative t- shirt as designed by Kirsty Maher is now available from the club house.

It is a technical type t shirt ideal for training in or racing if its bit too cold for a vest and comes in range of adult and junior sizes (including ladies fitting) at bargain of just £10.00.  Ask at club house to get yours now - initial stocks are limited - but should we run out leave us your details and when we get few more orders we will re-order.

Kirsty was winner of recent competition to design the t-shirt and won a voucher from the runners centre - Lancaster for this.  Thank you very much for your donation towards the prize.